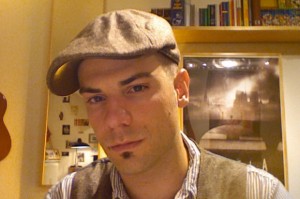 So yesterday I learned about the Best Dive Job 2012 contest and was immediately very very eager to win this thing. Coming home late from the office I would record a screen capture video where one could see me typing things like “Hey there, I’m Jens. I’m 30 years old. I work as a lawyer. This is how I look like.” I would then shuffle a nice picture to the desktop.

Then I’d refer to the fact that I consider my job to be rather boring. How dealing with legal problems all was turning me into zombie. I’d then show some pictures of me looking bored, ugly and with zombie make up. I’d explain that I tried to spice the office life up with all kinds of stuff, that I tried acting in my free time but still had the feeling that spending so much time at a desk was sucking life out of me. I’d then show a picture of a very dead indoor plant. 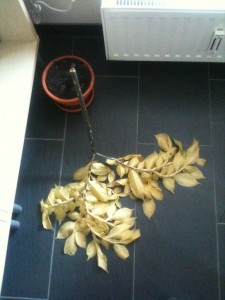 All the time you could see parts of my desktop background that shows my feet on a beach pointing at the sea. This would be the crucial twist to show that it is me who is the person that absolutely has to become Blue Season Bali’s 2012 PADI instructor. Happy pictures of me at the waterfront – some shirtless – would follow. Jack Johnson would sing in the background.

I’d mention that I’ve done scuba diving only once, on Sardinia last summer, and that I absolutely loved it; that I grew up sailing with my parents on the Mediterranean quite often. I’d eventually thank everybody for watching and ask them to vote for me. 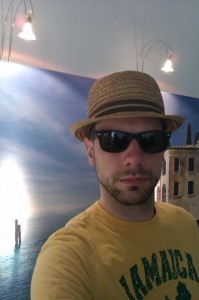 After collecting and sorting the pictures I recorded the whole thing and had to face the fact that it lasted almost five minutes. I cut for hours and managed to get it down to a minute, but the entire “story” was kind of gone and you could clearly see that parts were deleted. It wasn’t nice anymore, it was clumsy. So, around midnight, I deleted it all and went to bed feeling really frustrated.

Today I’m taking some time off of work to write my 500-words-last-minute- application. Without most of the nice pictures and without any Jack Johnson. I’ll see if I can find a nice portrait and hope so desperately that this contest isn’t all about the nice editing that I couldn’t do because I had too little time. But guess what? In your head you’ve already seen it all, right? – And man, do I look cool with my shades on or what?

Don’t let me dry up at my desk having to deal all day with other people’s legal and whatever problems: Bring me back to the water!