Why I want to be an instructor? When I was a little boy I looked Jacques Yves Cousteau films. It were my favourite films. Then I have told to myself I will to dive and dive as he and his command. But near to my town there is no sea or any big lakes. There is no diving here. But I necessarily will become an instructor. BECAUSE I love sea! It is my dream! It is my life! 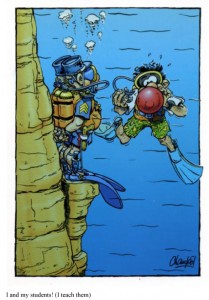 Why I want to become an instructor? Why people want to become instructors PADI? I do not know, but I dream to live under water. You do not belive? Unless I am not similar on man-amphibian? Why? When I was small me teased a goose when I studied at university me called ichthyandr. And I want to teach of people to be a dolphins and mermaids of course

When I had first time dived with scuba in swimming pool of Novosibirsk in 2009 I did such strong stroke by mine fins that my instructor could not catch up with me. After my first dive he has said to me: I see shine in your eyes, probably you too sometime will become an instructor.

And in December we put a under ice fur-tree. It was simply super! Water was very warm just +2 degrees, air temperature of all -20 degrees. Regulators had to give hot water because they was cold. And they couldn’t work. They became on free-flow. And we change to bubblemakers!:) To a fur-tree dived groups through an ice-hole. I dived in last group. My suit has iced over also it I looked very funny and I hardly could move. 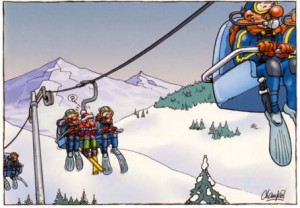 Recently to me has had the luck to clean swimming pool the huge vacuum cleaner. A brush was such huge that I hardly could move it. It was amusing from outside. But I do not have any photographs L

Look at my pictures! I will to teach people from all over the world! I began to learn English only for it!

I real frog, dolphin, sea-bear! And where is my mermaid? I think under sea!

Choose me! You never will regret! 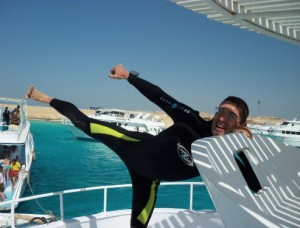